Two decades ago, new albums from Paul Westerberg, Steve Earle & Del McCoury, The Living End and others were spinning away in my portable CD player. Here’s what I had to say about them back then (with some minor editing): 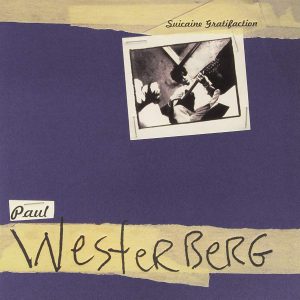 True story: In early 1998, I went to see former Replacements (but not-yet Guns N’ Roses) bassist Tommy Stinson play a solo acoustic set in a dive bar just off Hollywood Boulevard. After he finished playing, he went and sat at the bar. So I went up and chatted. Not surprisingly, the topic of his old bandmate Paul Westerberg came up.

“Hey Tommy,” I said after we’d had a couple of drinks, “Why don’t you go over to Paul’s house, kick his ass, strap a guitar on him and get him making some rock ’n’ roll again?” Tommy looked at me aghast — or possibly just tipsy. “I love Paul,” he protested. “I’d never kick his ass.”

OK, so he missed the point. (Then again, maybe I didn’t; when I told this story to Westerberg, he laughed and shot back: “Tommy wouldn’t? He COULDN’T!”) In any case, it’s a damn shame. Had Tommy tried to ruin his shine on Paul’s butt, it could have made Westerberg’s latest album a more upbeat affair.

Don’t get me wrong. Like Tommy, I love Paul. In fact, for my money, he’s the best songwriter of his generation. Period. From old Replacements rockers like Bastards Of Young to his later, starkly emotional ballads, nobody can tweak the funny bone, engage the brain and squeeze the heart all at once quite like Westerberg.

Trouble is, this time, the humour’s mostly missing from the equation. Suicaine Gratifaction, his third solo album, is his bleakest, darkest disc to date — dominated by spartan acoustic ballads of heartache and heartbreak. Some of Westerberg’s other trademarks remain thankfully intact — the clever wordplay (“I’m the best thing that never happened;” “You’re my latest last chance”), the gracefully simple melodies, the sloppy endings, the rootsy bar-band rockers. Even superstar knob-twiddler Don Was plays along, underproducing the tracks to let the beautiful, ramshackle craftsmanship of the songs shine through.

Still, for all the album’s undeniable merits, it’s impossible to shake the feeling that Paul just isn’t having any fun here. “What am I doing? / I ain’t in my youth / I’m past my prime / Or is that just a pose?” he wonders in It’s A Wonderful Lie. And as the downward spiral of this dark album continues and circles in on itself, he seems less and less sure of the answer.

Truth is, he’s nowhere near ready for pasture. And Suicaine Gratifaction is admittedly one of the most elegantly gorgeous downers to come along in some time. But a small part of me still wishes somebody would convince Westerberg to crank up the Marshall again and let fly with one more good Dose Of Thunder.

Ball’s in your court, Tommy. 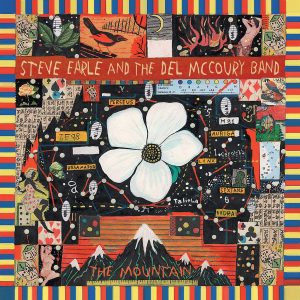 “If you wanna be in the band, you gotta put your hat on,” teases Steve Earle as he plunks the Mickey Mouse Club theme to open this disc. Earle should know. While never straying too far from his rootsy roots, he’s gone through a few creative hats lately. His latest? Bluegrass — and judging by this superlative collaboration with bluegrass vet McCoury and co., it’s a perfect fit. Aiming for the high lonesome sound of the iconic Bill Monroe, the musicians unplug the amps, pack up the drums, tune up the banjos and pitch a hootenanny. As the mandolins flutter and the fiddles fly, Steve rasps a slate of haunting, rough-hewn murder ballads featuring outlaws, trains, miners, graveyard shifts and broken dreams. This ain’t no Mickey Mouse operation. 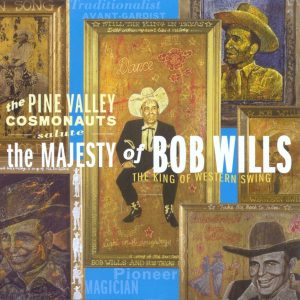 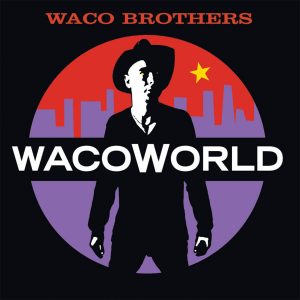 Forget James Brown. Chicago-based singer/guitarist Jon Langford is the hardest workin’ man in showbiz. Or at least in rock. The transplanted Welshman has no less than four bands on the go, with albums and shows circling like planes over O’Hare. There’s art-punks The Mekons; rockers Skull Orchard; and The Waco Brothers and Pine Valley Cosmonauts, both of whom have issued CDs lately. The Wacos’ fourth, puts the surge in insurgent country. Call these scrappy, rocking tales of wine, whiskey, women and woe what you will — Clash meets Cash, Waylon and wailin’ — they’re as sharp and edgy as a broken bottle. As Langford sings: “I’m loaded again, and so is this gun.” That about says it. But even he can lighten up, as the PVCs’ tribute to Bob Wills proves. Aided by a five-star roster of contemporary country talent — including Jimmie Dale Gilmore, Robbie Fulks, Chris Mills and Neko Case — Jon leads an authentic, exuberant tribute to the king of Texas swing, complete with finger-popping beats and soaring lap steel licks. Hey, hard work pays off. 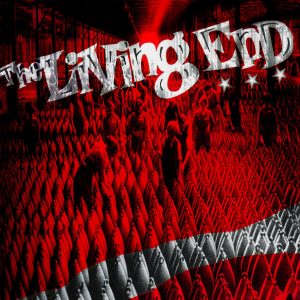 DA quiffs. Thick-soled creepers. An upright bass and a Gretsch guitar. One look at The Living End and you’d peg them as some sort of Stray Cats rockabilly wannabes. Actually, this Australian trio is more rock than billy. Singer Chris Cheney owes just as much to Billie Joe Armstrong as Brian Setzer, the band’s boom-chakka-boom beats are cranked up to Rancid-speed ska-punk rpms, and their punky sound is somewhere between Peter Gunn and The Clash’s Tommy Gun. Which might be the only thing wrong with this disc; sometimes you’re too busy noticing who they sound like to appreciate how good they are. 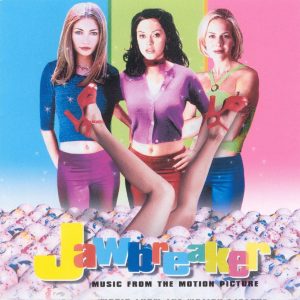 Nope, it’s not a tribute to the legendary punk band. Instead, this soundtrack to the black comedy delivers a sugar rush of hard, sweet, alt-rock — so much so you can get cavities just from listening. The 13 flavours include Imperial Teen’s darkly rich Yoo Hoo, Ednaswap’s bittersweet arena-rock take on The Police chestnut Next To You, The Friggs’ fizzy fuzz-popper Bad Word For A Good Thing, and, to top it off, the heavy, Girlschool crunch of Shampoo’s Don’t Call Me Babe. Bon appetit. But don’t forget to floss after each playing. 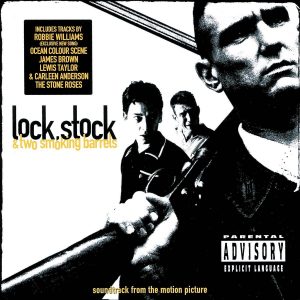 You know what the funniest thing about Europe is? It’s the little differences. I mean, they got the same stuff over there they got here — it’s just a little different. Example: The soundtrack for this hypercool, Pulp Fiction-style heist flick from England. You get the same sort of classic tracks from the likes of Iggy Pop (I Wanna Be Your Dog), James Brown (The Payback) and even Dusty Springfield (Spooky). You get the clipped, crackling snippets of dialogue. But you know what they put on this disc instead of surf music? Ska, noirish jazz and Brit-pop. Just substitute Stone Roses for Urge Overkill and Robbie Williams for Al Green and you’ve got a Royale With Extra Cheese. 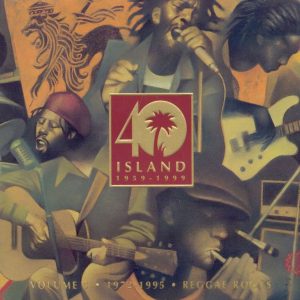 To celebrate four decades in business, Island Records is issuing a multi-disc series covering everything from R&B and ska to acoustic and rock. But the real disc you want is this fifth instalment; after all, for the first 20 years or so, Island was a reggae label. Correction: It was THE reggae label, home to a who’s who including Bob Marley, Toots & The Maytals, Lee (Scratch) Perry, Junior Murvin, Jimmy Cliff and Black Uhuru. All are represented here on crucial cuts like The Harder They Come, Police And Thieves, Funky Kingston, Sinsemilla and Exodus. Call it the last word on reggae from the folks who wrote the book. 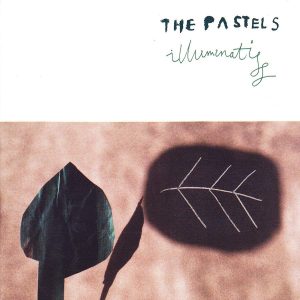 If you think about it, Scottish indie-popsters The Pastels are a perfect band to remix. Their romantic, shamblingly poignant songs are pristine canvasses for another artist to amend. So, using their 1997 CD Illumination as a blank slate, the band enlisted 15 enthusiastic sonic renovators to add new shades and textures. Cornelius paints happy little clouds floating above Windy Hill, Stereolab puts some disco glitter on One Wild Moment, Mouse On Mars rubs some smudges on Attic Plan, and My Bloody Valentine’s Kevin Shields does a Jackson Pollock splatter job on Magic Nights. Is it art? I don’t know — but I know I like it. 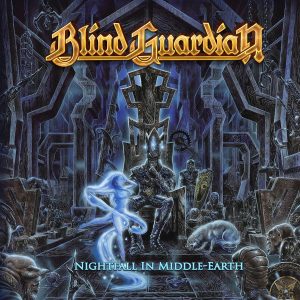 Four words you don’t hear enough anymore: Heavy metal concept album. So give Teutonic terrors Blind Guardian extra points for donning their medieval garb and rumbling forth with the high-concept sword-and-sorcery slamfest Nightfall in Middle-Earth. And what a concept: Based on J.R.R. Tolkein’s Silmarillion, the operatic opus comes complete with middle-earth minstrelry, sylvan sound effects and castrati harmonies worthy of Queen. Still, amid the complex, Yes-does-2112 majesty, there’s enough metal mayhem to make you raise a flagon of mead. Cue the frolicking midgets and lower the Stonehenge model … 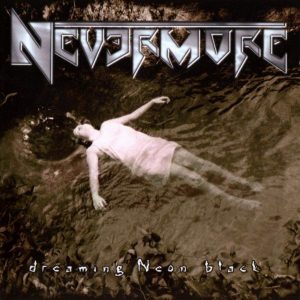 As bleak as a Washington dawn. As black and powerful as a quadruple jolt of espresso. Could this lumbering, thundering quintet have come from anywhere but Seattle? Not likely; one listen and you can hear their geographic roots in the off-kilter, Soundgarden angles of the guitar, the thudding, polyrhythmic percussion and the guttural-growl-to-a-scream vocals. Even the touch of Type O Negative goth-rock fits in like rain on a summer’s day. And hey, their name sort of rings a bell too, don’t it? 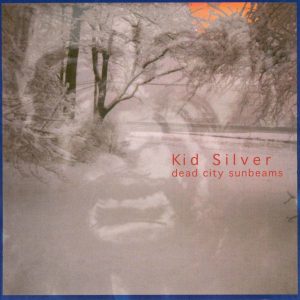 Dear diary: I had that dream again; the one where I’m in a dark, dank nightclub. At the front table, Neil Diamond, Burt Bacharach, Kurt Weill and Angelo Badalamenti are swilling absinthe and gobbling Ecstasy. Then the show begins, featuring songs they’ve collaborated on, played by a full Broadway band, augmented by an old rhythm machine churning out slinky jungle beats. Kid Silver, the singer, looks like a moody college kid, but sings sorta like Beck or Stephen Malkmus from Pavement — when he doesn’t sound like Bowie. He croons about demons, breadcrumbs, scarecrows and punch-drunk sweethearts amid big production numbers with ghostly tap-dance melodies, electropop grooves and subterranean soundscapes. Then, when he’s done, I wake up thinking of William S. Burroughs. What do you think it means, diary?