Two decades ago, new albums from CeDell Davis, T-Model Ford, Nazareth and others were spinning away in my portable CD player. Here’s what I had to say about them back then (with some minor editing): 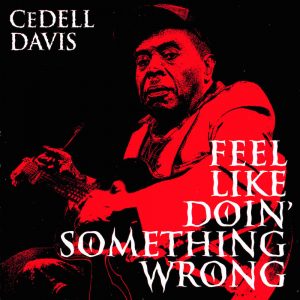 CeDell Davis
Feel Like Doin’ Something Wrong
A childhood bout of polio left him with a gnarled fret hand. A bar-raid stampede left him trampled and confined to a wheelchair. And from that wheelchair, with his guitar on his lap and an old kitchen knife clutched in his wizened claw as a slide, CeDell Davis kicks some serious ass. Listen to him plunk his way through the most dissonant, primitive Delta blues riffs, holler at the women what done him wrong and praise the fat ladies of Pine Bluff, Ark. (“more fat women there than any place I ever saw”), and you too shall believe — as I did, after seeing him do it live in Texas once. What Davis does is so wrong it’s just gotta be right. 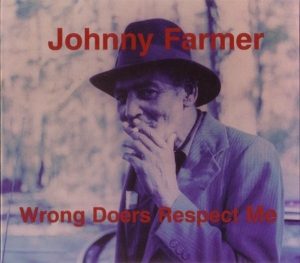 Johnny Farmer
Wrong Doers Respect Me
Johnny Farmer spent the last 30 years dredging up Mississippi mud on top of a bulldozer. Now that he’s retired, the 66-year-old grandfather is digging up the past — excavating traditional Delta blues tracks. And in his capable hands, they come up perfectly preserved. His haunting, ringing slide guitar and haunted, keening voice make these age-old tales of love, loss, revenge and redemption sound just like they must have decades ago. When he ends a song — even in the studio — he says, “Thank you very much.” No, thank you, Johnny. 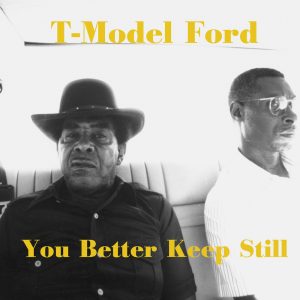 T-Model Ford
You Better Keep Still
At 77, Mississippi bluesman T-Model Ford still has as much bite as a sackful of rattlers. Actually, on this worthy followup to 1997’s Pee-Wee Get My Gun, he’s pretty much a whole menagerie of dangerous critters. Backed by the backwoods bashing of his drummer Spud, Ford roars like a lion, snorts like a bull and growls like a dog fixing to chomp on your leg. Most of all though, he likes to lay down a John Lee Hooker boogie with his guitar and work it like a rented mule. Get down. And stay down. If you know what’s good for you. 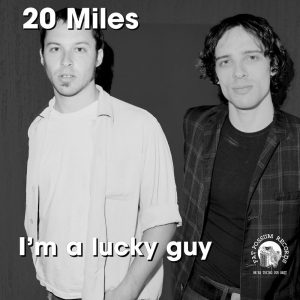 20 Miles
I’m A Lucky Guy
With Judah Bauer’s pedigree — he plays guitar in the Jon Spencer Blues Explosion and has worked with R.L. Burnside — you’d expect his second sorta-solo disc (co-starring his brother Donovan on drums) to be another twisted slice of straight-razor and moonshine blues. Thankfully, Bauer defies our expectations. And manages to exceed them. He’s borrowed Exile On Main Street’s country honk, lifted John Fogerty’s chiming, chicken-picking guitar style and even brought along a bit of the JSBX’s swampy funk. What he ends up with is more rock-blues than blues-rock — and more accessible than anything he’s done so far. And I suspect luck had nothing to do with it. 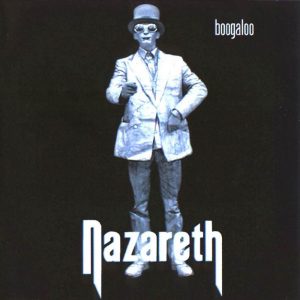 Nazareth
Boogaloo
OK, let’s say you’re at your local Classic Rock festival. Your shirt’s off, your beer belly is sunburned, the empty 12-pack box is on your head and you’ve just finished playing air guitar with Loverboy. Now, up lumber the legendary Nazareth, reconstituted like orange juice from the ’70s (except for guitarist Manny Charlton, who presumably invested more wisely). Now: What are you gonna want to hear? Old faves like This Flight Tonight and Razamanaz, or these 11 competent, if unspectacular clones of their blues-based, shredded-throat boogie-rock classics? You know what the answer is. 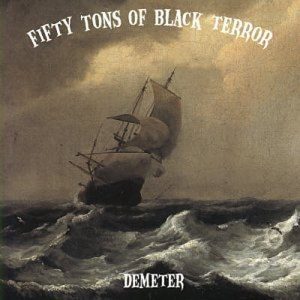 Fifty Tons Of Black Terror
Demeter
This brutish bunch of British bashers were originally called Penthouse — until Bob (Freedom Of Speech) Guccione took umbrage and called his lawyers. Obviously, he didn’t listen to them first. Fifty Tons’ sleazy, throbbing brand of Gutter Erotica (this album’s original title) is right up his alley. With its unrelenting chaos and decadent intensity, it’s as if the Jesus Lizard invited the Jon Spencer Blues Explosion to play at their Birthday Party. Bob’s your uncle. 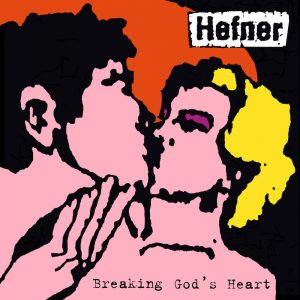 Hefner
Breaking God’s Heart
Unlike Fifty Tons above, this quirky British emo-pop trio got to keep their men’s magazine-themed moniker. No surprise there — Hef has always been a classier act than the Gooch. On top of that, there’s not much ol’ Hugh could dislike here. His namesakes’ lightly twisted tunes politely saunter and contentedly drift by like a cross between Belle & Sebastian and Violent Femmes. Meanwhile, singer Darren Hayman’s high, breaking voice and preciously oddball lyrics (“I’d like to sing a hymn to the postal service”) suggest a young Ray Davies performing the Jonathan Richman songbook. No turnoffs here. 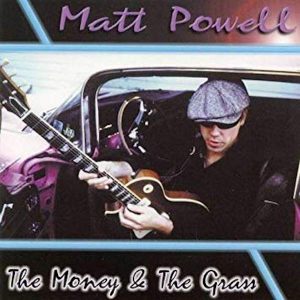 Matt Powell
The Money & The Grass
Back in the ’80s, it seemed every third restaurant in Austin, Tex., had a signed picture of favourite son Stevie Ray Vaughan on the wall. Judging by his first album, 24-year-old Matt Powell’s mug might end up in more than a few Austin cantinas and BBQ joints one day. Like Stevie Ray, he has the flying, string-bending fingers and the funky, Hendrix-filtered flavour. What he’s got that sets him apart are the classical chops that allow him to fingerpick an authentically rustic rural blues or swing into a jazzy turn. With more seasoning, he’ll be good and ready for the wall of fame. 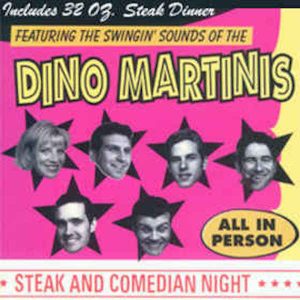 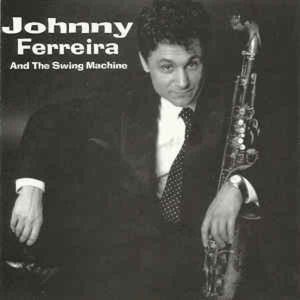 Johnny Ferreira
King Of The Mood Swings
Never let it be said Canadians can’t compete in the international music marketplace — now that the swing revival is in full, uh, swing, Canucks are jivin’ and jumpin’ on the bandwagon. And a few have even been there for a while: both of these Western Canadian acts are on their second albums. For their part, Calgary’s Dino Martinis have the corner on the kitschy cool market. Their secret? A dash of cocktail nation (remember that craze?), some jazzy vibes, a seductive chanteuse and a few smirk-worthy covers like Motorhead’s Ace Of Spades and Alanis’s One Hand In My Pocket. They deserve a toast. Johnny Ferreira, on the other hand, plays it straight — maybe a bit too straight. Colin James’ former sax man can blow a hot lick with the best of them, but when it comes to songwriting, he’s kind of a Johnny One-Note. And with 11 horn-filled, virtually identical hepcat-boppin’-daddy-o-rock-crazy-chicky-baby anthems, Ferreira veers dangerously close at times to creating his own style: Big bland jazz. 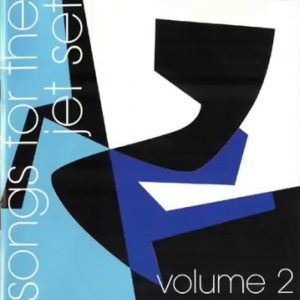 Songs For The Jet Set Vol. 2
Various Artists
“Good morning, special agent Austin Powers. Your mission for today is to track down this addictive new collection of swingin’ ’60s soundtrack tunes and cinema-inspired numbers from a mysterious cabal of ’90s underground popsters. Your targets — Loveletter, Wallpaper, Milky and others — were last seen coming out of Carnaby Street with Richard Lester, clad in white vinyl go-go boots, mini-skirts and double-breasted Union Jack suits. Keep a special eye out for some of their secret weapons: A cover of The Monkees’ Forget That Girl, along with numbers from Beyond The Valley Of The Dolls, Lolita and F For Fake. Good luck Austin … and do behave.” 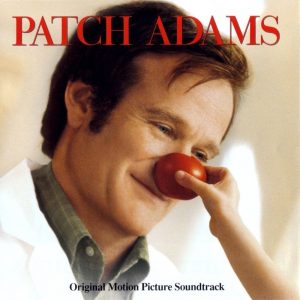 Patch Adams
Various Artists
Robin Williams’ movie mix of medical mirth and misery — a tale of a doctor who teaches us that (all together now) humour is the best medicine — has a soundtrack with a personality that also splits silliness and sentiment. The first half is an upper; nine decent FM-rock hits from retro-rockers such as Eric Clapton (Let It Rain), CSNY (Carry On), The Band (The Weight) and Sly Stone (Stand). The second part is a bitter pill, however; a pointless orchestral score with all the rush of a shot of Nyquil. Where’s Dr. Kevorkian when you need him? 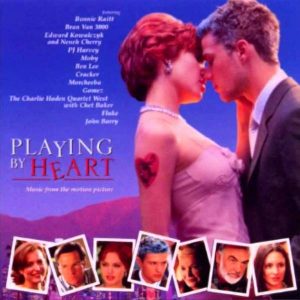 Playing By Heart
Various Artists
The soundtrack for this romance may not play by heart, but it does play by the rules. For the most part, it stars your typical passel of timely alt-rock standouts. If you didn’t buy the latest albums by P.J. Harvey, Cracker, Morcheeba, Gomez and Bran Van 3000 when they were new, now you can sample their standouts. As for other stuff, well, there’s an overwrought power ballad by Live’s Ed Kowalczyk with Neneh Cherry, some John Berry and Charlie Haden jazz, and electronica castoffs by Moby and Fluke. Only Ben Lee’s tune — the Beckishly funky Cigarettes Will Kill You from his upcoming album — is truly lovable.