Two decades ago, new albums from Busta Rhymes, Julie Ruin, Eazy-E and others were spinning away in my portable CD player. Here’s what I had to say about them back then (with some minor editing): 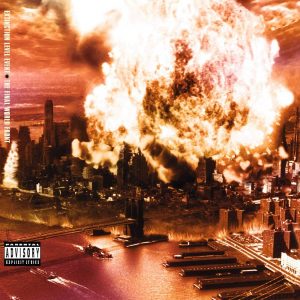 He may have borrowed the title from Deep Impact, but make no mistake — Busta Rhymes is definitely talking about Armageddon here. And according to him, the end is nearer than you think. As he outlines in the intro to this third solo CD, in 2000 we can expect “cataclysmic apocalypse … massive earthquakes … plagues and viruses with no known cause or cure,” and even “bloodthirsty renegade robots.” Yikes!

But that suits Busta just fine. Along with being his doomsday prophecy, the vastly overtitled E.L.E. | Extinction Level Event: The Final World Front is Rhymes’ scheme and manifesto for bringing his Flipmode Squad and followers together to produce a utopian society from the ashes of the old.

A little hifalutin’ for a rap album, you say? Well, maybe it is. But Busta delivers more than bluster on this 70-minute opus; along with talking — and rapping — a good game, he makes sure his musical ambitions keep pace with his whacked-out conspiracy theories.

From the opening salvo of Everybody Rise to the closing notes of the fittingly funereal Burial Song, much of ELE could be a rap blueprint for the new millennium; dark, futuristic tracks laced with creepy keyboards, video-game sound effects and samples that range from exotica to Bernard Herrmann’s Psycho score. Even when Busta shoots a brick — is there a law that every rap album has to have a quota of sex-booty gangster boogies and sophomoric skits? — it’s not so much a disappointment as an intermission. And his reworked version of Iron Man, featuring Ozzy Osbourne on vocals, is enough to make you forgive his sins.

Ultimately, of course, the real Iron Man here is unflagging motormouth Rhymes, who energetically rides above the tracks and spurs his cohorts like a horseman of the Apocalypse, spewing, yelling, grunting and groaning his unmistakable brand of brainy braggadocio.

Thanks to that, Busta’s verbal Armageddon definitely makes a deep impact. 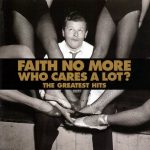 Faith No More
Who Cares A Lot? The Greatest Hits
Three ways to tell that you shouldn’t be releasing a double greatest-hits CD: 3) Nearly a quarter of the 23 tracks are cover tunes like Lionel Richie’s Easy, John Barry’s Midnight Cowboy Theme or Deep Purple’s Highway Star. These are others’ greatest hits, not yours. 2) The entire second CD is unreleased tracks tacked on to clear the vaults because you’ve broken up. 1) You only had one hit in your entire career — the 1989 metal-funk Red Hot Chili Peppers knockoff Epic. It’s hard to care at all, never mind a lot. 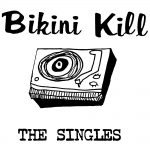 Bikini Kill
The Singles
Julie Ruin
Julie Ruin
One step forward, one look back. That’s what you get on these CDs from Olympia’s Kathleen Hanna and her riot grrrl group Bikini Kill, who broke up in 1998. For their part, BK go out with a bang — plus a crash, squeal and wallop — on this collection of nine mid-’90s tunes, including three collaborations with Runaways role model Joan Jett. If you’ve never heard the band’s lo-fi metal-punk blasts or Hanna’s bratty, haranguing delivery, you couldn’t find a better place to start. Unless you start with Hanna’s spectacular self-titled Julie Ruin solo outing. Along with the garage-punk you expect, Hanna pulls some new rabbits out of her hat — intimate keyboard trinkets, digital hardcore and sweet ’n’ sour synth-pop. Remarkable — especially for a disc she recorded by herself in her apartment. 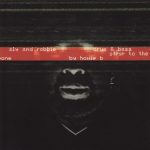 Sly & Robbie
Drum & Bass Strip To The Bone By Howie B
Those expecting another slab of roots-reggae riddim from legendary drummer Sly Dunbar and bassist Robbie Shakespeare are in for a surprise. Teaming with electronica producer/remixer Howie B — whose resumé includes Brian Eno, U2 and Bjork — Sly and Robbie deconstruct their organic Rastaman vibrations and then marry them to the glossy robotics of drum machines, samples and studio effects. As an experiment, it’s neat; as an album, it’s a mixed result. When they work, the resulting grooves could be backing tracks from The Clash’s Sandinista or Combat Rock. When they don’t, they could be Tom Tom Club rejects. 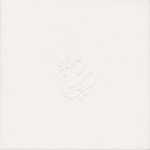 Plastikman
Artifakts (bc)
Young master P is really Richie Hawtin, a techno DJ and composer from Windsor who has recorded a trilogy of discs under the Plastikman mask. This latest instalment is Part 4, sort of — an array of leftovers, extra tracks and remixes. That explains both the title and the way Hawtin approaches these flowing, ambient-techno trances; he slowly digs into a groove, then unearths little treasures of sound one at a time. Great for the chill-out room. Or the car during a traffic jam. 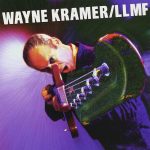 Wayne Kramer
LLMF
Sonic’s Rendezvous
Sweet Nothing
There are live albums, and then there are THE live albums like The MC5’s Kick Out The Jams. Massive, heavy, thundering and godlike, it’s a disc almost nobody’s gonna top. Not even the guys who were in the band. But damned if guitarists Wayne Kramer and the late Fred (Sonic) Smith don’t come close on these post-5 live outings. Brother Wayne’s disc, taped last year, finds him sounding like a gutterpunk Springsteen, spitting tales of middle-aged angst and nuggets of streetcorner philosophy between piercing, avant-jazz solos. And he encores with Kick Out The Jams. Likewise, Smith keeps in touch with his roots on Sweet Nothing, recorded back in ’78. With a band featuring ex-Stooges drummer Scott (Rock Action) Asheton, Sonic blasts a set of pure powerhouse rock. It gets in your brain, drives you insane with the frenzy. 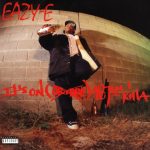 Eazy-E
It’s On () 187um Killa
Who says dead men don’t tell tales? Late rapper Eazy-E has plenty of dirt to dish on this EP, which serves as a 37-minute posthumous poison pen letter to former N.W.A. cohort Dr. Dre. The E spends most of these eight tracks dissing, defacing and even mock-executing his former partner in rhyme for his defection to rap rival Death Row Records. Frankly, even though it’s always a treat to get another hit from the original Dopeman, the one-track tone here turns into a bum trip after a while. 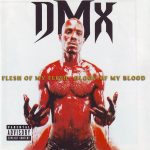 DMX
Flesh Of My Flesh, Blood Of My Blood
Rap’s most vicious dog — and we sure don’t mean Snoop — is unleashed again. And he’s in a fighting mood. On his 16-track sophomore CD, DMX howls, growls and sinks his teeth into some meaty rhymes stretched over bare-bones backing tracks. Whether he’s a dog of war barking a challenge on Bring Your Whole Crew or a hellound on The Omen, cocking an ear to master Marilyn Manson’s croaking guest vocals, DMX makes sure you know he’s the leader of the pack. 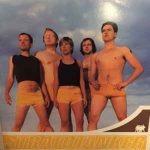 Stratotanker
The Miracle Of Flight
If Jon Spencer ditched his white-boy minstrel shtik, joined the B-52’s and started imitating Captain Beefheart covering The Fleshtones, he might give New York’s Stratotanker a run for the money. As it is, they’ve got no equals — at least not when it comes to gene-splicing hippy-hippy shakes, party-rock grooves and oddball wordplay (sample lyric: “You put the the wiggle in my beatnik”) into one monstrous, freaky marvel. Fasten your seatbelts; it’s going to be a bumpy flight.