Watching Jeff Bridges accept his Cecil B. DeMille Award at the Golden Globes on Sunday reminded me of the time I interviewed him back in 2011. At the time, he was taking a slight break from acting to promote his new self-titled album and play some shows, and he sat down with me in the lobby of his hotel in New York to talk. His publicist originally thought we were supposed to have lunch together, but I literally had to run back to my hotel and file a two-page feature that afternoon to meet deadline — then hustle off to cover his Lebowski Fest appearance in the evening — so I had to take a pass on chowing down with The Dude. That was a disappointment. But Bridges wasn’t. He was just as laid-back and affably goofy in a one-on-one conversation as he is onscreen, happily chatting about anything from metaphysics to Captain Beefheart. Here’s our chat from back then, slightly updated and augmented.

When it comes to music, Jeff Bridges abides.

It’s been more than a decade since he released his debut album Be Here Soon. But even though soon ended up turning into much later, the Oscar-winning actor takes the delay in stride as casually as his beloved Big Lebowski character The Dude.

“Well, I was making some movies between then and now,” chuckles the long-haired, bearded and generally Dude-like Bridges, mellowing out at a table in the mezzanine lobby of a swanky Manhattan hotel. “And I’ve been making music all the time, so there wasn’t any kind of chomping at the bit that way. I don’t chomp at the bit too much in general. Life comes at me so damn fast and with so many great opportunities that my own things don’t even have the chance to gestate. And with music, you need to be really focused to really go at it.”

Lately, he’s found that focus. Spurred by the box office success and critical acclaim that greeted his portrayal of down-and-out country singer Bad Blake in 2009’s Crazy Heart, Bridges took the bull by the horns and put acting on hold to make an album with Crazy Heart collaborator and legendary producer T-Bone Burnett. The self-titled album moves beyond his movie character’s gruff country into a mellow Americana landscape populated by songs left over from the movie, some of the actor’s own contemplative compositions, tunes by late singer-songwriter Stephen Bruton and others.

During a massive publicity blitz to promote the disc — and somewhere between a crack-of-dawn morning TV gig and an evening Lebowski Fest appearance with co-stars John Goodman, Steve Buscemi, Julianne Moore and John Turturro — a slightly tuckered-looking but genuinely genial Bridges sat down for an exclusive Canadian interview about music, marmots and more. Some highlights: 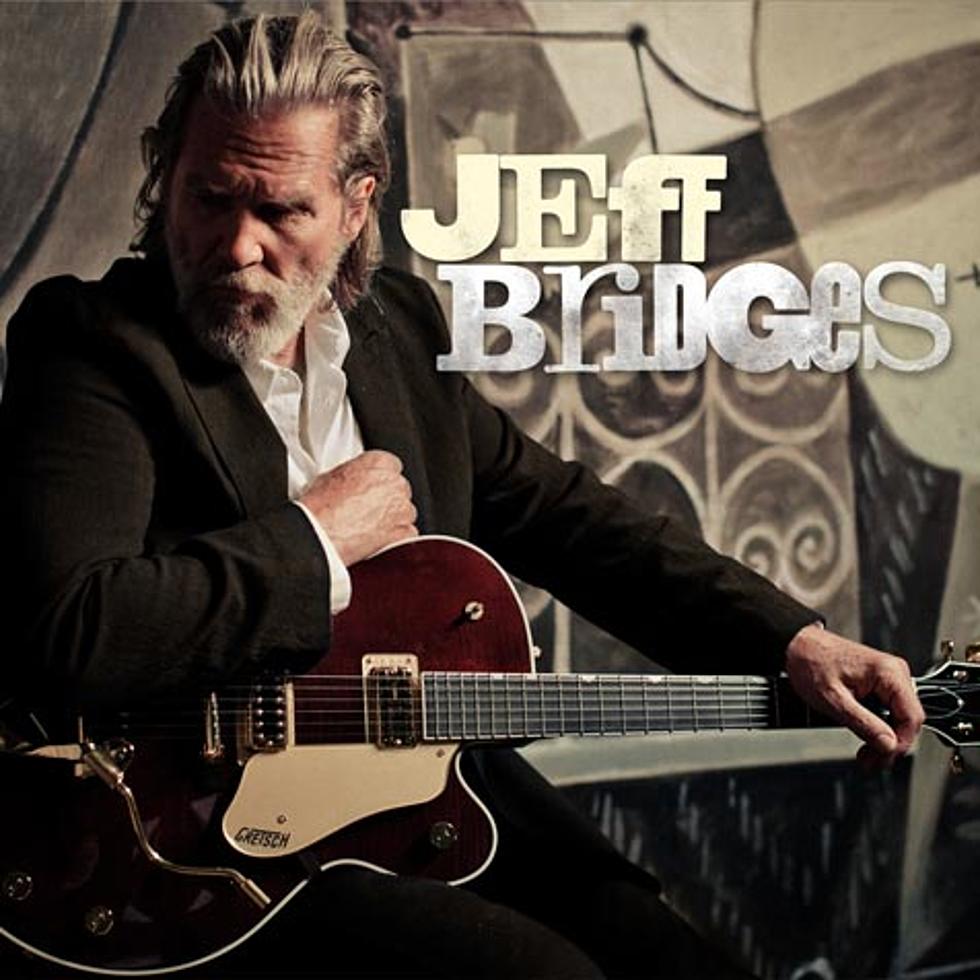 Welcome back to the music biz. Good career move.
Ha! Well, I’m just glad to be back making music. I love it.

But why now, after all this time? You could have just kept making movies, obviously.
Well, Crazy Heart was what primed the turf, if you can call it that. After the success of that, I told myself, ‘If there ever was a good time to make an album, now’s the time.’ And I know there’s that prejudice people have about actors going into music and vice versa. But this was a part where I played a musician and got some recognition for that, so I thought that would make it easier. So I took a year off from movies to really focus on my music. And I’m glad I took that time. You know, we recorded 17 songs in a week. That was fast, man. But then there’s all the gearing up and the mixing and the overdubs and the promoting, and then all of a sudden a year has gone by and you think, ‘God, I barely had time to do it.’

Still, like you said, you know you’re going to get beat up over it. Does that bug you?
Nah. The people who mean the most to me have already critiqued it. The main guy is me, and I’m loving the album. I’m head over heels. It transcended all my expectations. I had a wonderful time making it with my old buddy T-Bone. We go back to Heaven’s Gate about 30 years ago. So I dig it, Bone digs it, my wife digs it, my buddies dig it. Done deal, man. Everybody else, that’s their opinion, man.

A lot of people will assume you’re doing this in character. How much of it is you?
That’s a really interesting question. It’s a combo. It’s not one or the other. It’s a bouillabaisse.

A bouillabaisse of Bridges?
There you go! That’s the title for the next album! Love it! But basically, Bone wanted it to be reflective of my music and my musical taste. And he was very familiar with that because we’ve been friends for such a long time. But he really wasn’t interested in making a sequel to Crazy Heart, a strictly country album. Neither of us wanted to do that. So we tried to make a very eclectic album and not really be stuck in any one genre.

“Who I really am is a total f—ing mystery. I don’t know who I am. I guess in life you never really know who you are. Maybe that’s what life is about: Trying to figure it out. You have to look at it kind of life a scientist. You keep going deeper and deeper and getting a finer knife to cut, and then you get down there and go, ‘What the f— is that? Is that a wave? Is it a particle? What the f— is going on?’ ”

Is this more personal than a movie? Have you invested more of yourself in this?
No more than in anything else. There’s more of a similarity between making movies and music than a difference. I approach them both in a very similar way. The common denominator is representing; I represent what it means to be a human being living in these times. I’m doing that when I’m making movies or singing songs. That’s what’s coming through. The personal aspects I use are the same. But as far as, ‘Is this really you?’ Who I really am is a total f—ing mystery. I don’t know who I am. I guess in life you never really know who you are. Maybe that’s what life is about: Trying to figure it out. You have to look at it kind of life a scientist. You keep going deeper and deeper and getting a finer knife to cut, and then you get down there and go, ‘What the f— is that? Is that a wave? Is it a particle? What the f— is going on?’ It’s just a mystery, a miracle. It’s like that song from Crazy Heart: ‘I used to be somebody, now I’m somebody else.’

Between recording and playing and promoting, you’ve been putting a lot of time into music lately. Do you intend to keep it up?
Oh yeah. I got a whole pile of songs. I’m salivating. I’m all geared up to do more music. But we’ll see. I’ve got two big movies lined up and I only have a small bit of time between. So it might be a year before I get to make some more music. But I’ll be playing music all the time. That’s not new; I’ve done that since I was a teenager.

What are the movies?
I’ve got one called R.I.P.D. — that’s Rest in Peace Dept. Ryan Reynolds and I play two dead cops hunting other dead people who are pretending to be alive. It’s pretty crazy. And after that, I’m doing a thing called The Seventh Son, based on a book called The Spook’s Apprentice. It’s set in the Middle Ages or something like that. I play a witch hunter, I guess you would say.

Your last album was a hodge-podge of sounds and styles. Obviously, Crazy Heart took you in this rootsy direction. So how might these upcoming movies affect your music?
I don’t know. We’ll have to wait and see. It’s a real interesting thing, how all those strings come together. I just found out Kevin Bacon has been cast in R.I.P.D., and he’s another actor/musician, so I’m looking forward to jamming with him. Who knows what will come out of that? And we’re shooting Seventh Son in Vancouver, so maybe I’ll do some gigs there. I don’t want to give myself too much pressure, but sometimes it’s fun to do impromptu concerts when you’re somewhere making a movie. I have this wonderful band. We’re calling ourselves The Abiders. I wanted to call us The Royal We, but the guys were digging The Abiders.

There are so many classic Big Lebowski lines. You could have gone with Nice Marmot.
Yeah! Nice Marmot! That’s another good one! That might be the album title!