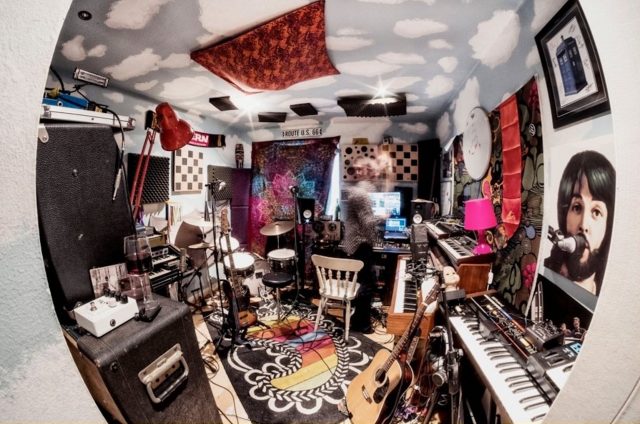 Most of the music I hear is sent to me by labels and publicists. But there’s nothing like getting it straight from the source. Welcome to the latest instalment of DIY Discovery, where I introduce you to artists who have sent me their music directly (and who don’t suck — that’s definitely part of the deal too). If you’d like to get in on this action, no problemo: Just click here or go to the Submit Music page, fill out the form and hit send. Or email me directly here. I can’t promise I’ll feature you, but if you’re as awesome as you think you are, it could happen. You never know. But first, check out today’s wonderfully wild entry: 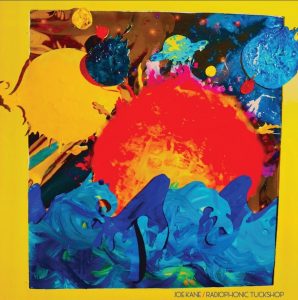 MY REVIEW: “I’ve been drifting out of phase with the 21st century,” Joe Kane admits. It’s not hard to understand why. On the ridiculously magnificent debut album from his Radiophonic Tuckshop project, the idiosyncratic Scottish pop-rocker channels a range of 20th-century sounds and styles, from psychedelic ’60s Beatle-pop to ’70s glam-slam to ’80s synth-pop and ska. But Kane isn’t just some musical Xerox machine. He’s mixing, matching, melding, molding and mutating these vintage elements and influences into cool new combinations and irresistibly hooky hybrids. So make no mistake: Kane may not have been made for these times, but between his earwormy songwriting and ear-candy production, he’s making pure pop for now people. It’s straight barry.

IN THEIR OWN WORDS: “Psych pop/rock polymath Joe Kane releases his new album on Last Night From Glasgow under his Joe Kane / Radiophonic Tuckshop guise. Following on from the Running Commentary EP and The Winter Garden Playtest album, also released on LNFG, this is a step further into the swirling pop mind of Mr Kane.

“A hugely respected figure in the Scottish music scene, as an artist and producer, Joe has played a part in the musical stylings of The Owsley Sunshine, Dr. Cosmo’s Tape Lab, Ette and the BMX Bandits. Furthermore Joe’s musical mastery has also been called upon by Neil Innes (The Rutles), Joey Molland (Badfinger) and the Bootleg Beatles.

“The album weaves around from the glam stomp of Don’t Forget To Breathe to the Rundgrenesque A Glorious Noise to the epic Human League/New Order lovechild that is Love Is A Powerful Game and the wonderful pop closer of Fatal Eruption (a track to match one of McCartney’s eccentric best).

“Joe Kane is a man buzzing with musical ideas. Join him on this glorious album and take a tour of his world. It’s dog-gone-out-of-sight, so just enjoy the ride.”