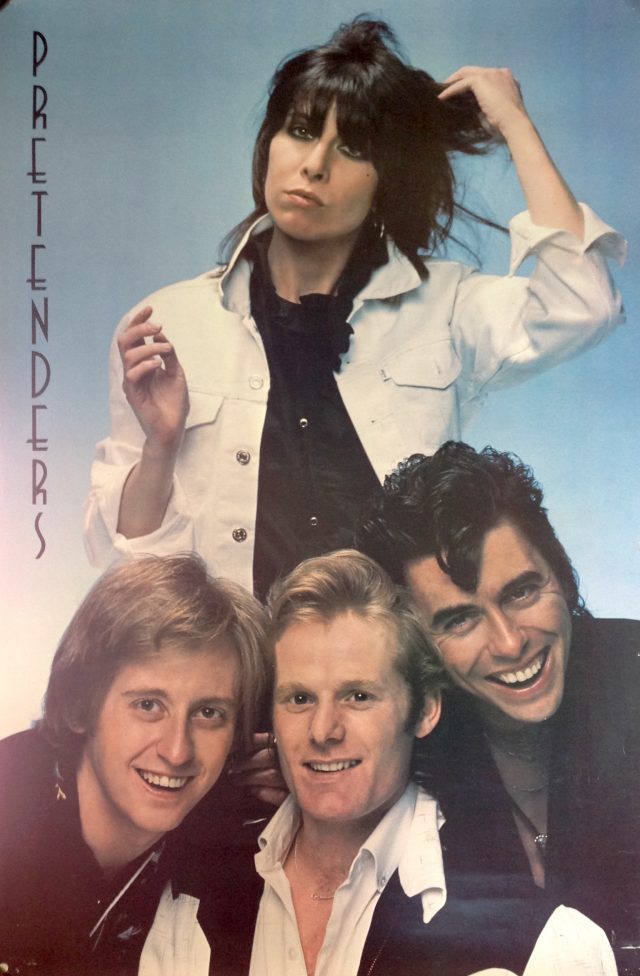 One day during the 2006 South by Southwest Music Festival in Austin, Tex., I was walking down the street talking to my friend Doug. I was looking at him while we were chatting and wasn’t paying attention to what was going on ahead of us. Suddenly, thanks to my peripheral vision, I realized I was about to smack right into somebody walking toward me. I stopped just inches from them, ducked sideways out of the way, said “Pardon me” and carried on. It all happened so fast that it took me about five seconds to realize I almost crashed right into Chrissie Hynde. I stopped dead in my tracks and thought about turning around to talk to her. But before I could even react, I flashed on the lyrics to Middle of the Road: “I can’t get from the cab to the curb / Without some little jerk on my back.” So I left her alone and kept on walking. A little over four years later, I interviewed her about a new Pretenders live DVD and told her that story. She laughed and replied: “That’s the first time that line paid off.” Ha. Anyway, I’ve seen various lineups of The Pretenders over the years — most recently opening for Stevie Nicks in Nashville in 2016 — but I wasn’t lucky enough to see the original lineup pictured here in this promo poster for their second album. I think it’s a great shot. If you’d like to own it, drop me an email. And check out my Chrissie Hynde interview here.