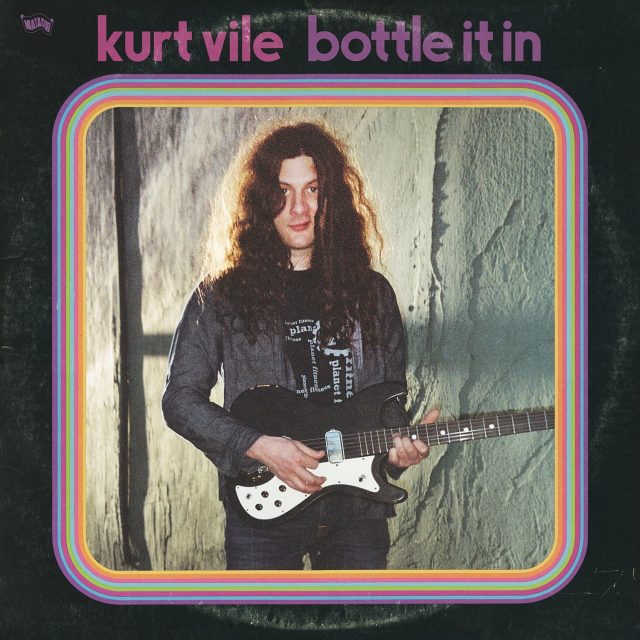 Kurt Vile has all the time in the world. At least, that’s often how it feels while you’re listening to Bottle It In. Clocking in at 78 minutes, the eccentric singer-guitarist’s seventh solo release is his longest album to date. It may also be his strangest. Granted, it’s got plenty of competition from his previous catalogue. But even eternal oddball Vile hasn’t made an album that meanders along quite as lazily and endearingly as this 13-track trip. Three of those numbers — the woozy Bassackwards, the low-rolling title track and the slow-jangling Skinny Mini — drift along for about 10 minutes as Vile jabbers and warbles at leisure about being out of sorts, being in love and being protective of your heart. They’re surrounded and supported by several slightly shorter but similarly shapeless sonic siblings built from endlessly noodling guitars, low-impact drumbeats and a vibe as hazy as the water in an old bong. Between the repetitive, bare-bones structures, the ultra-loose arrangements and his stream-of-consciousness delivery, you sometimes get the feeling he’s actually composing these songs as he’s playing them. Oddly enough, his amalgam of unpredictability and simplicity helps make Bottle It In more interesting than it might otherwise be, assuming you have the patience to hang in there while he wanders around in his own corner of the universe. But don’t expect any big answers from Vile: “Somehow on and on I go,” he shrugs at one point. “I keep on rollin’ with the flow.” And taking his sweet time about it. As should you.