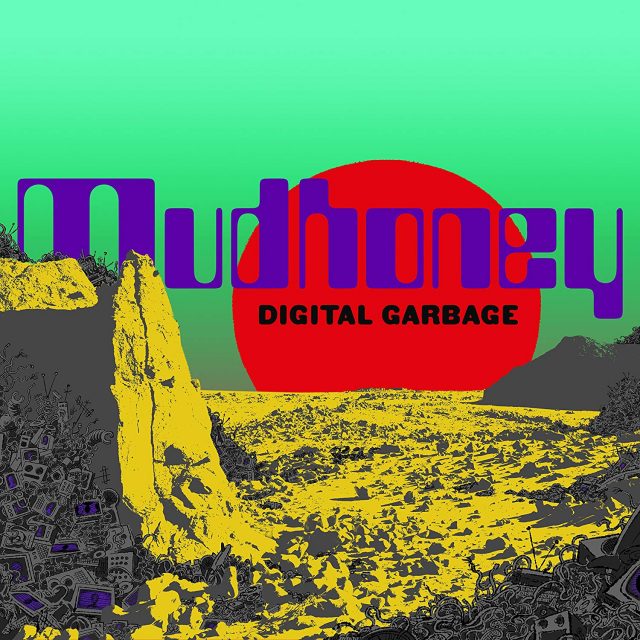 Enraged and engaged. Seems like almost everybody is one or the other these days. Except for the people who are both. Mudhoney frontman Mark Arm is in the latter group. And that fine state of affairs has spawned the veteran Seattle grunge icons’ most pointed, political and potent disc in, well, forever. Digital Garbage, their 10th studio album, finds the whipsmart singer-guitarist in full-blown spleen-vent, casting a jaundiced eye around contemporary society and sardonically voicing his sneering disdain for everything that’s been sticking in his craw lately. The politics of fear and paranoia, mass shootings, religious hypocrisy, immoral greed, the dangers of social media, the threat of our own extinction — you name it, Arm has something to say about it. Usually something trenchantly memorable. Like this familiar bon mot from Paranoid Core: “Robots and aliens stealing jobs | They’re bringing drugs, they’ll rape your mom.” Or this one from Please Mr. Gunman: “Before you kill us dead forever … Consider our afterlife / We’d rather die in church.” Then there’s this bit from Kill Yourself Live: “You can leave your hat on / You can blow your head off!” And this salvo from Prosperity Gospel: “F— the planet / Screw your children / Get rich! / You win!” And there’s plenty more where they came from — while Arm has never lacked for one-liners, he’s never been fired up quite like this. Ditto the rest of the band. Lead guitarist Steve Turner, bassist Guy Maddison and drummer Dan Peters are right behind him every step of the way, channeling their longtime heroes The Stooges with a barrage of slashing guitars, sloppy drums and garage-band intensity. Here’s hoping they strike while the iron is hot and crank out another one before the whole show goes up in flames.